California’s Native American Heritage Commission has issued its initial approval of draft regulations that, if finally approved, will guide the treatment and disposition of Native American human remains and associated burial items in connection with development projects and other ground-breaking activities in California. 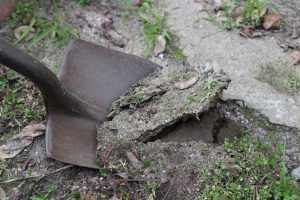 From the perspective of developers and landowners, the regulations appear broad in scope. They apply to any “project,” which encompasses not only “projects” as defined under the California Environmental Quality Act, but also “any ground-disturbing activity that results in the inadvertent discovery of Native American human remains.”

Key elements of the regulations include (1) implementation of specific timing and procedural requirements for identifying tribes or consortia of tribes as MLDs upon discovery of Native American human remains in any “project”; (2) the creation of rules and guidelines for required conferrals (including an optional mediation process) between landowners and MLDs; and (3) the establishment of a Code of Ethics for MLDs and their authorized representatives to follow in the context of the treatment and disposition process. The regulations also clarify the confidential nature of decisions and agreements surrounding treatment and disposition of Native American human remains and limit the types of related information available to the public.

Next Steps in the Process. The Commission’s recent approval is not the final step for the regulations. Instead, this approval serves to initiate the formal rulemaking process for potential future adoption and publication.

Pursuant to the Commission’s approved timeline, the first public comment period is expected to commence on April 13, 2017, and end on June 26, 2017. A public hearing is tentatively set for July 21, 2017. If timely approved and adopted, the regulations will take effect in early 2018.

Key dates in the Commission’s current schedule for the rulemaking process are as follows: