In a 5-4 ruling today, written by Chief Justice Roberts, the United States Supreme Court overturned a 1985 decision which had made claims for the taking of private property far more difficult to pursue in federal court. In many ways, today’s ruling in Rose Mary Knick v. Township of Scott, Pennsylvania, 588 U. S. ____ (2019), represents a significant “back to the future” moment that should benefit landowners. END_OF_DOCUMENT_TOKEN_TO_BE_REPLACED

END_OF_DOCUMENT_TOKEN_TO_BE_REPLACED 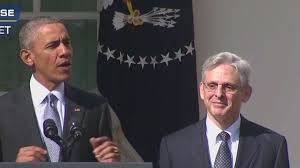 UCLA Law Professor Ann Carlson analyzed three important Garland decisions, two majority opinions and one dissent. From these opinions, Professor Carlson deduced that Garland is likely to afford great respect to EPA’s judgment where that judgment is grounded in good science and the public interest. Carlson expects Garland to be likely to defer to the EPA or, where he rules against the EPA, to side with environmentalists on the grounds that the EPA has not gone far enough to enforce the law. END_OF_DOCUMENT_TOKEN_TO_BE_REPLACED

There likely is not a developer, city planner, or local elected official whose vocabulary does not include the word “nexus” when discussing the limitations on a public agency’s ability to exact concessions from developers. You can thank the late Supreme Court Justice Antonin Scalia for that. With the passing of Justice Scalia, there is lively dialogue over his successor’s potential influence on high profile issues such as abortion, gun control, and gay marriage.  Lost in that discussion is the potential for the next Justice to profoundly influence the Court’s land use and property rights decisions.  Here’s a quick look at Justice Scalia’s influence on the Court’s land use and property rights decisions over the past three decades.

Nine months after he was confirmed by the Senate on a 98-0 vote, Justice Scalia wrote the Court’s majority opinion in Nollan v California Coastal Commission, one of the most significant land use decisions of the last century.  For those of us actively representing landowners in California’s coastal zone at the time, our immediate reaction was that an overly zealous Coastal Commission had been chastised.  But Nollan meant much more than that.  In Nollan, the Coastal Commission had imposed a condition upon the demolition and replacement of a dilapidated beach bungalow requiring that a deed restriction be recorded to grant access to the public across a portion of the property.  The alleged reason for this condition was that the construction would limit “visual access” to the beach, thus creating a “psychological barrier” to physical access.

Justice Scalia wrote that “[i]t is quite impossible to understand how a requirement that people already on the public beaches be able to walk across the Nollans’ property reduces any obstacles to viewing the beach created by the new house.” Thus, the “essential nexus” between the reason for the condition and the very nature of the condition was lacking, resulting in a victory not only for the Nollans, but for California landowners for decades to come.  As noted by Justice Scalia in the opinion, the Nollan decision was “consistent with the approach taken by every other court that has considered the question, with the exception of the California state courts.”

END_OF_DOCUMENT_TOKEN_TO_BE_REPLACED

Here’s the continuing message from the courts to public agencies demanding money or land from developers: There must be a strong connection between your exaction and the impacts of a project or else the exaction violates the Constitution. Established more than two decades ago by the United States Supreme Court, the principles of “nexus” and “rough proportionality” can no longer be considered “new.” Yet, public agencies continue to explore the limits of the courts’ tolerance for “too much” in the way of exactions. In 2014, two California decisions, one state and one federal, told public agencies that they had gone too far.

The federal case (Levin v. City and County of San Francisco) addressed San Francisco’s rent control ordinance. Under the ordinance, if a landlord wants to remove a rent-controlled unit from the rental market, the landlord must pay the displaced tenant the lump sum equivalent of twenty-four months of the difference between the tenant’s controlled rent and the prevailing market rate rent for a similar unit. Additionally, that amount is increased based upon how long the tenant had resided in the unit, with many tenants owed well over $100,000 under the ordinance.

The federal district court found that a landlord’s decision to remove a unit from the rental market did not create the disparity between the controlled rental rate and the market rental rate. First, market rates are the product of economic factors that have nothing to do with the landlord. Second, the disparity between controlled rates and market rates exists only because the City chose to impose rent control. As a result, there was no valid connection between the rental disparity and the landlord’s removal of the unit from the rental market. Therefore, the court found that the ordinance was a taking without just compensation under the Fifth Amendment.

Similarly, in Bowman v. California Coastal Commission, a California court of appeal addressed a San Luis Obispo County requirement for dedication of a shoreline easement as a condition to the County’s approving the renovation of a house and barn on the same 400-acre site, but a mile from that shoreline. END_OF_DOCUMENT_TOKEN_TO_BE_REPLACED

You probably haven’t spent much time wondering about who owns that sky above your house? You may be surprised to find out that, according to Public Utilities Code Section 21402, that sky is yours – to a point. So, what is this curious asset worth and, more to the point, what can you do with it? Scott and Lynn Powell, Humboldt County homeowners, found the answer the hard way.

The Powells wanted to make minor alterations to their home. “Fine” said the County, as long as the Powells provided an aircraft overflight easement as required by the County’s General Plan. The Powells, willing to assume the role of David to the County’s Goliath, filed suit, arguing that this requirement was not substantially related to the modification of their home and, in fact, resulted in a taking of their property. Under the Constitutions of the United States and California, the Powells filed an action for just compensation from the County. Goliath won. END_OF_DOCUMENT_TOKEN_TO_BE_REPLACED

On October 20, 2014, a Superior Court judge struck down the City of Los Angeles’s high-profile ban on billboards. The City’s ban prohibited all billboards except those that were specifically permitted under certain agreements and planning districts. The ban also restricted conversion of existing, lawfully-established billboards to digital displays. The City used the ban to force many digital displays across the City to be turned off.

Superior Court Judge Luis A. Lavan found that the City’s ban was unconstitutional both on its face and as applied to forty-five specific permit applications filed by Lamar Central Outdoor, LLC. Judge Lavan concluded that he was not bound by previous federal court decisions that upheld the City’s regulatory scheme because Lamar challenged the ban under the free speech provisions of the California Constitution, which are broader than those protected under the United States Constitution. END_OF_DOCUMENT_TOKEN_TO_BE_REPLACED