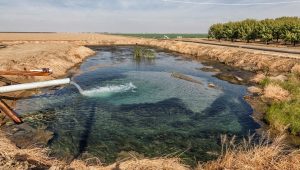 The Clean Water Act requires a permit from EPA for the discharge of pollutants from any “point source” such as a pipe, ditch, channel, conduit or other discrete conveyance.  But a permit is required only if the discharge results in the addition of a pollutant to navigable surface waters.  In County of Maui v Hawaii Wildlife Fund, the Supreme Court held today that point source discharges to groundwater may be regulated where the pollutant ends up in navigable surface waters.  The Court essentially established a new test for regulating these discharges:  if the discharge to groundwater is the functional equivalent of a direct discharge to surface waters, then it is governed by the Clean Water Act.

The case involved a wastewater reclamation facility operated by the County of Maui.  Wastewater treated by the facility is injected deep into the ground and, from there, travels through groundwater and finds its way into the Pacific Ocean.  The County argued that a Clean Water Act permit is not required for the facility because, although the groundwater injection wells may constitute a “point source,” they do not directly discharge a pollutant “to” a navigable surface water.  That is, the County – backed by EPA — argued that the intervening groundwater acts as a legal barrier to liability under the Clean Water Act.

The Court rejected this narrow legal theory, reasoning that it would create a loophole allowing polluters to avoid liability simply by discharging pollutants onto land or into groundwater near surface waters, but not directly into the waters themselves.

But the Court also rejected an expansive legal theory advanced by the environmental organization plaintiffs and adopted by the Ninth Circuit.  Under this expansive theory, liability would arise wherever surface water pollution is “fairly traceable” to some upland point source.  In his majority opinion, Justice Breyer asserted that this theory would lead to “surprising, even bizarre circumstances, such as … pollutants carried to navigable rivers on a bird’s feathers or … the 100-year migration of pollutants through 250 miles of groundwater to a river.”

The Court instead adopted a sensible middle-of-the-road approach in which discharges to groundwater are regulated only where they are the “functional equivalent” of direct discharges to navigable surface waters.  This approach, the Court reasoned, acknowledges the long-recognized balance between federal protection of navigable waters and the authority of the states to regulate water rights and use within their respective boundaries.

The Court’s new “functional equivalency” test will create many factual issues that would not have arisen under a bright line test such as the one advanced by EPA.  For example, relevant considerations in any case may include transit time, distance traveled, amount of pollutant arriving at navigable waters, dilution and other factors.  The Supreme Court concluded, however, that these issues can be sorted out in future court decisions as well as rulemakings and other actions by EPA.