Last week, the Sacramento Superior Court delivered a serious blow to California’s regulatory program for the protection of wetlands and other waters of the State.

The State’s wetland protection program (commonly known as the “Procedures”), which became effective in May, was intended to create a regulatory structure to fill the gap left by recent Trump administration regulations that dramatically narrowed Federal wetland protections.  Ironically, the court’s order prohibits the State of California from applying the Procedures to any waters other than those already protected by Federal law, thus leaving in place the very regulatory gap that the Procedures were intended to fill. END_OF_DOCUMENT_TOKEN_TO_BE_REPLACED 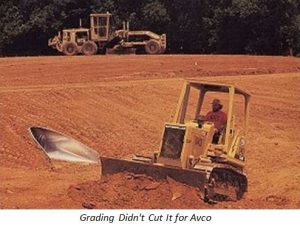 The need for “reform” of the California Environmental Quality Act is acknowledged by development interests and environmental groups alike. The challenge is that these stakeholders have very different ideas of what that reform should look like.  As a result, despite the extraordinary costs of CEQA implementation and litigation, there appears to be little prospect for meaningful CEQA reform from the State Legislature. This article examines whether there is any prospect for meaningful CEQA “reform” from California’s Supreme Court.

CEQA is 46 years old, yet CEQA litigation remains remarkably unpredictable. State and local agencies still cannot be confident that the courts will uphold their actions. The chances that an EIR will be upheld in court remain close to a coin-flip, even lower for a negative declaration. That level of uncertainty remains the great cost of CEQA—greater even than the enormous expense of trying to comply with CEQA.

In the first 40 years of CEQA, the California Supreme Court issued only about 40 decisions interpreting it. Then, a few years ago, the High Court started granting review in CEQA cases at an unprecedented pace. It rather quickly had nine cases on its docket for review. Many commentators speculated that the Court was going to undertake CEQA reform from the bench, perhaps recognizing that the Legislature seemed incapable of coalescing around any meaningful reform.

In the past year, the Court has issued four CEQA decisions, with five more pending. The early returns are mixed in terms of offering newfound certainty. But the Court will have several opportunities in the coming months and years to offer assistance to all participants in the CEQA process by resolving pending cases in a clear and decisive manner.

The Court considered various issues in its decisions over the past year. In Berkeley Hillside, it addressed the standard of review for categorical exemptions and adopted a somewhat tricky two-part test. It also held in City of San Diego v CSUSD that the state university system cannot limit its mitigation measures to those specifically funded by the Legislature, affirmed in Newhall Land that greenhouse gas (GHG) emission impacts can be measured against statewide GHG-reduction targets set out in AB 32, while at the same time finding the State’s GHG analysis lacking. In a key decision addressing  CEQA fundamentals, the Court held in CBIA v BAAQMD that CEQA generally applies to a project’s impact on the environment, not the environment’s impact on the project. While some might characterize this decision as “reform by court,” it really reflects a plain reading of the law, rather than reform. END_OF_DOCUMENT_TOKEN_TO_BE_REPLACED

The California Supreme Court has scheduled oral argument on three land use and CEQA cases in early May in San Francisco. The Court has generally been moving to clear its calendar of pending CEQA and land use cases, of which there are many, but this is an unprecedented confluence of oral arguments on important cases. The three cases to be argued are as follows:

The decisions in these three cases should be issued by the court by late July or August.

Does CEQA require an evaluation not only of a proposed project’s potential impacts on the environment, but also of the potential impacts of the existing environment on the proposed project and its future residents or users? If the answer is “both,” then public agencies will be required to expand what has been the traditional scope of environmental review under CEQA. The practical effects would likely include an increase in the cost of preparation of CEQA documents, an expansion of the scope and cost of project mitigation measures, greater reliance by agencies on statements of overriding consideration, and enhanced litigation opportunities for project opponents.

This issue, which has come to be known by the shorthand expression “reverse CEQA,” is now under consideration by the California Supreme Court in California Building and Industry Association v. Bay Area Air Quality Management District. Oral arguments were heard on October 7, 2015, and a decision is expected by the first week of January 2016. Cox, Castle & Nicholson Partner Andrew Sabey argued before the Court on behalf of the California Building and Industry Association.

While the specific context of this case involves air-quality issues, during oral argument the Justices focused on the broader question of whether CEQA requires evaluation of those existing environmental conditions that may affect future residents or users of a proposed project. Depending on the scope and direction of the Court’s upcoming ruling, many existing conditions could become subject to CEQA evaluation, such as degraded air quality, odors, shadows from existing buildings, urban blight, impaired views, loss of night sky, noise, and so forth. END_OF_DOCUMENT_TOKEN_TO_BE_REPLACED

The context of the Court’s decision is that of a “qualified” voter-sponsored ballot measure. For most local jurisdictions (i.e., a city or a county), a measure “qualifies” for the ballot when at least fifteen percent of the number of registered voters within the jurisdiction sign a petition to place the proposal on the ballot. Once sufficient signatures are confirmed, the legislative body of that jurisdiction (the City Council or the Board of Supervisors) has the choice of either placing the measure before the voters or approving the measure itself without change. Those are the only options. It has long been clear that if the measure is placed on the ballot and approved by voters, CEQA does not apply. However, the California Supreme Court has now determined that if the City Council or Board of Supervisors approves the measure itself rather than sending it to the voters, CEQA still does not apply. END_OF_DOCUMENT_TOKEN_TO_BE_REPLACED