END_OF_DOCUMENT_TOKEN_TO_BE_REPLACED

The development of a real estate project of almost any size is going to require compliance with the California Environmental Quality Act – CEQA – generally through the preparation of an environmental impact report – an EIR.  Those who have gone through the process know that the preparation of an EIR can cost hundreds of thousands of dollars and take a year or more, all this before the first public hearing.  Further, opposition to an approved project frequently results in a lawsuit, one which generally claims that there has been a failure to comply with CEQA, either because an EIR should have been prepared (if one hadn’t been) or else that the EIR that was prepared was inadequate.  That litigation can, by itself, add hundreds of thousands of dollars in costs and two or three years before the first spoonful of dirt can be moved even assuming that the opponents’ lawsuit fails.  Costs and delays increase if the lawsuit is successful.  Small wonder that developers look for ways around CEQA.

Other developers have followed Wal-Mart’s lead. For instance, Moreno Valley’s City Council adopted an initiative that approved a 40,000,000 square foot logistics facility in November, 2015.  However, the opposition’s responses demonstrate that the use of the initiative process isn’t a silver bullet.  First, opponents attempted to get enough signatures on a referendum petition to overturn the Council’s adoption of the initiative.  That worked in 2015 in Carlsbad when a referendum overturned the council’s approval of a proposed shopping center.  When the opponents couldn’t get enough signatures to put a referendum on the ballot in Moreno Valley, four lawsuits were filed in February 2016 attacking the Council’s action.  A Riverside Superior Court judge ruled in favor of the City in September 2016.  That judgment is now on appeal.

Nor should it be assumed that a city council will automatically adopt an initiative.  Land use is political and a council may, or may not, be willing to take responsibility for approving a project by adopting the initiative.  The alternative is to put the initiative on the ballot to let the voters decide.  Such initiatives were on the ballot in Beverly Hills, Cupertino, Cypress, and San Diego County in November 2016.  All were rejected by the voters.

The bottom line?  There is a way around CEQA, but it’s neither guaranteed nor cost free.  Nevertheless, the use of the initiative should be considered for a substantial project. 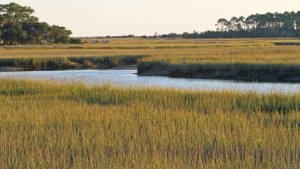 The context of the Court’s decision is that of a “qualified” voter-sponsored ballot measure. For most local jurisdictions (i.e., a city or a county), a measure “qualifies” for the ballot when at least fifteen percent of the number of registered voters within the jurisdiction sign a petition to place the proposal on the ballot. Once sufficient signatures are confirmed, the legislative body of that jurisdiction (the City Council or the Board of Supervisors) has the choice of either placing the measure before the voters or approving the measure itself without change. Those are the only options. It has long been clear that if the measure is placed on the ballot and approved by voters, CEQA does not apply. However, the California Supreme Court has now determined that if the City Council or Board of Supervisors approves the measure itself rather than sending it to the voters, CEQA still does not apply. END_OF_DOCUMENT_TOKEN_TO_BE_REPLACED