In a far-reaching decision with sweeping implications, a federal district judge in Montana eliminated the Army Corps’ nationwide permit for utility line crossings over waters of the United States.  This permit – known as Nationwide Permit 12 – was used to streamline approvals across the country for electrical lines, pipelines, and other utility projects resulting in minor encroachments on wetlands and other waters.  Because of this decision’s scope, thousands of projects across the country – including projects in California – may be stalled as they re-think their permitting approach or await further direction from the courts.  Even more troubling is the fact that this decision calls into question the legality of over fifty other nationwide permits intended to streamline project approvals, including those issued for housing, industrial, and other development projects END_OF_DOCUMENT_TOKEN_TO_BE_REPLACED 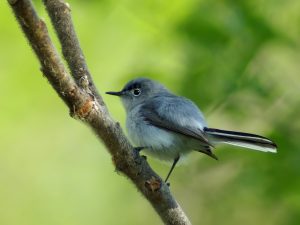 Since President Trump took office in 2016, change is the new norm when it comes to environmental law.  Within a month of taking office, the President proposed a dramatic narrowing of federal wetland protections under the Clean Water Act, resulting in a regulation that is now being finalized.  The Trump Administration also issued an opinion limiting the scope of the Migratory Bird Treaty Act, narrowed the requirements for environmental impact statements under the National Environmental Policy Act, and rejected principle elements of the Obama Administration’s climate plan as well as the Paris Climate Accord.  Now, the Trump Administration has issued numerous revisions to the regulations used by the U.S. Fish and Wildlife Service and the National Marine Fisheries Service to implement the Endangered Species Act.

On August 12, 2019, the Administration issued final rules for three separate rulemaking efforts to change certain key elements of the regulations used to implement the ESA.  In our view, and contrary to the media firestorm surrounding the new regulations, these changes don’t amount to a “gutting” of the ESA.  In fact, these rules don’t change the Endangered Species Act at all. Rather, they modify regulations which implement the ESA and which were adopted under previous administrations. Regulations are subject to change from time to time and, quite often, change with the political winds.   Inevitably, what for some will be seen as harsh changes, others will perceive as needed reform.  From our perspective as practitioners, the new regulations clarify a few procedural ambiguities and streamline some clunky aspects of the ESA’s regulations that we have been dealing with for years.

The new regulations are quite detailed.  But in summary, below are some of the highlights: END_OF_DOCUMENT_TOKEN_TO_BE_REPLACED

END_OF_DOCUMENT_TOKEN_TO_BE_REPLACED

Most of us know that the California Department of Fish and Wildlife is the state agency in charge of administering the California Endangered Species Act, which is the state’s version of the federal Endangered Species Act.  CDFW is also the state agency that regulates certain work activities within streambeds.  Under the California Fish and Game Code, CDFW has regulatory authority over the installation of culverts, bridge supports, erosion controls, or other such work within streambeds.  But beware!  CDFW’s regulatory reach has been extended significantly.  A recent decision by a California Court of Appeal now gives CDFW regulatory authority over the mere taking of water out of its natural flow for agricultural purposes, even if the streambed itself is not altered to facilitate the taking of that water.

By way of background, before a person may start work in a streambed, typically he or she must submit a “notification” to CDFW informing the agency of the nature of the work and any anticipated impacts to waterways or special species habitats within or adjacent to those waterways due to that work.  If CDFW determines the work may “substantially adversely affect” any fish and wildlife resources, then the agency will attempt to negotiate a “streambed alteration agreement” with the party.  These agreements often include significant, and sometimes quite onerous, conditions and restrictions on development.  Moreover, the whole process can take several months and typically requires some form of environmental clearance under the California Environmental Quality Act.  Only after both (i) CDFW and the party performing the work have signed the agreement and (ii) all other necessary approvals have been obtained may work in the streambed commence.