Yesterday, the State Water Board adopted stringent new permit requirements for development projects in California that may impact wetlands or other surface waters.  These new requirements have been in the works for a decade, but the Trump administration’s proposed rollback of federal wetland laws pro 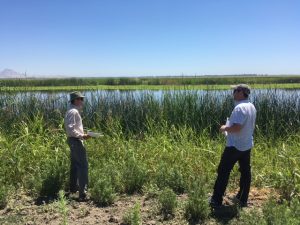 vided the impetus for adoption this year.

Cox Castle was heavily involved in the final negotiations over these regulations on behalf of the building and agricultural sectors.  Although the program remains burdensome, those negotiations resulted in significant concessions that will reduce its impact on housing and farming.

The new requirements (the “Procedures”) will be implemented through existing state permitting structures.  Most often they will be applied through regional water board sign-off (or “certification”) of Corps of Engineers wetland permits.  They will also be applied where the federal government has no jurisdiction.

The Procedures include two components:

The application requirements are very detailed, which will make it hard to get applications deemed complete by the regional boards.  The Procedures are byzantine and difficult to understand.  Coordination with the Corps will be tricky, and the regional water boards do not yet have the staffing or resources to implement the program effectively.  The regulations likely will not become effective until the end of 2020, but one can expect the regional water boards to begin gravitating towards these standards in the near future.