Restored historic and old buildings, particularly in cities like San Francisco, contribute to the distinctive character that lure tourists and thereby creates jobs. Two relatively recent changes affect those buildings and the potential for their continued revitalization. First, changes to the Historic Tax Credit may alter the capital stack used to finance the rehabilitation of historic projects, as well as the overall return on investment for such projects. Second, changes to the Standards for the Treatment of Historic Properties with Guidelines for Preserving, Rehabilitating, Restoring and Reconstructing Historic Buildings may alter how historic resources are treated and the mitigation measures required under the California Environmental Quality Act.

The Tax Cuts and Jobs Act, enacted on December 22, 2017 (the “Tax Act”) altered many provisions of the Tax Code, including the federal Historic Tax Credit (“HTC”). Prior to passage of the Tax Act, the HTC consisted of two separate tax credits:  (1) a 20 percent credit for the rehabilitation costs of income-producing buildings determined by the Secretary of the Interior to be “certified historic structures”; and (2) a 10 percent credit for the rehabilitation of non-historic, non-residential buildings built before 1936.  The 20 percent tax credit could be claimed all at once in the first year the building “came into service,” i.e., the year the developer completed the rehabilitation. 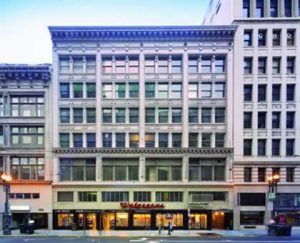 The HTC has been popular. Between 1978, when Congress adopted a precursor of the HTC, and 2016, the HTC has spurred approximately $131.8 billion in investment involving over 42,000 projects and creating 2,441,000 jobs according to a 2017 report by Rutgers University and the National Park Service. That report also noted that more than half of the credit-using projects in fiscal year 2016 were located in low- and moderate-income Census tracts.

The change to the credit structure of the HTC could make the credit less attractive to investors who may not want to wait to reduce their corporate tax liability. In particular, investors and banks that used to take an ownership interest in entities holding properties that will receive HTCs or receive the HTCs themselves may be less willing to do so. The change also could make it harder for developers to obtain funds from corporations who used to buy HTCs to offset tax liability. These negative effects are amplified by the Tax Act’s reduction of the corporate tax rate from 35 to 21 percent.

Developers who use HTCs should consult with their accountants and tax advisors to see how the modifications in the Tax Act may impact their projects.

For the first time since 1995, the Secretary of the Interior (“SOI”) updated the Standards for the Treatment of Historic Properties with Guidelines for Preserving, Rehabilitating, Restoring and Reconstructing Historic Buildings (“Guidelines”). The SOI’s Guidelines inform federal, state, and local decisions related to the demolition, alteration, and expansion of historic buildings.

Without changing the standards, the SOI has updated the Guidelines to address a range of 20th-century building types, materials, and systems that are now considered historic. The Guidelines have the same organization as the prior version, beginning with an introduction and overview, followed by chapters that focus on preservation, rehabilitation, restoration, and reconstruction (“treatments”). The “Recommended” and “Not Recommended” treatments have been updated to reflect current best practices in preservation. Other key updates include:

The updated Guidelines can be found here: https://www.nps.gov/tps/standards/treatment-guidelines-2017.pdf

Those working on projects that involve a historic resource should be sure that their consultants and permitting agency are aware of the update to the Guidelines, particularly changes to recommended treatments that may affect the project’s design.