An executive order signed by President Donald Trump in February may have major large impact on the way that wetlands are regulated at the federal level. The executive order rescinds a Clean Water Rule put in place during the Obama administration. To find out how this change could impact wetland regulation at both the federal level and in California, GlobeSt.com sat down with Scott Birkey, partner at Cox, Castle & Nicholson, for an exclusive interview.

GlobeSt.com: How has the Trump administration affected wetland regulations on a federal level?

Scott Birkey: This story is still being written, but the new administration started setting the stage last February when Trump issued an Executive Order asking the two federal agencies that regulate wetlands on the federal level, the Army Corps of Engineers and the Environmental Protection Agency, to review and essentially rescind the Clean Water Rule established during the Obama administration. By many accounts, the Rule expands the scope of those agencies’ permitting jurisdiction over wet features, even those features that arguably wouldn’t be considered wetlands in any normal sense of the word. The real turning point in this saga is yet to come, but we have a pretty good idea of what it will look like. The Order includes a seemingly innocuous paragraph that could trigger sweeping changes in the way wetlands will be regulated at the federal level. It requires the agencies to interpret the phrase “navigable waters” consistent with the views of Justice Scalia, who relied on Webster’s dictionary to conclude “waters” are “relatively permanent, standing, or continuously flowing bodies of water.” Compared to the Clean Water Rule and all other prior iterations of the wetland regulations, this view reflects a significant restraint on the agencies’ wetlands permitting authority.

GlobeSt.com: How might this affect the Obama administration’s Clean Water Rule?

Birkey: The wheels are already in motion to jettison and replace the Obama-era Clean Water Rule with regulations that would significantly restrain the federal government’s scope of permitting authority over the fill of wetlands. What’s somewhat ironic is that the Clean Water Rule emerged to help clarify, at least ostensibly, the confusion created by a string of well-known wetland 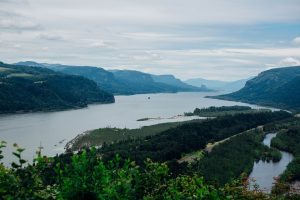 regulation cases decided by the Supreme Court. As a practical matter, I doubt that Scalia’s more commonsensical approach to defining “waters,”—which in turn establishes the sideboards for the agencies’ jurisdictional reach—will itself be that easy to implement, regulate, or enforce. We’re sure to see more litigation over this wordplay. This all may sound inane, but the fact is that tagging the phrases “navigable waters” or “waters of the United States” to wet features on a piece of property proposed for development can saddle that project with permitting hurdles that could result in significant time delays and costs.

GlobeSt.com: What does this mean for wetland regulations in California?

Birkey: I and others have written elsewhere that the guiding principle here is nature abhors a vacuum. What we’re likely to see is the state becoming more emboldened to fill regulatory gaps created by the new federal administration’s pullback from regulating wetlands. This is almost a certainty, given that the state has been working for over a decade on a set of wetland regulations that would specifically apply to those wetlands that are not classified as federal “waters of the United States” subject to permitting authority under the Clean Water Act. The State Water Resources Control Board issued a preliminary draft of the regulations in July 2017. The Board anticipates approving the regulations by winter 2017, which under normal circumstances is fairly aggressive in light of the controversy the regulations have generated, but because of the federal pullback from wetland regulations, that timeframe could be an almost certainty. Put simply, this federal pullback likely will result in a state pushback, where California acts more aggressively to ensure the wetlands left behind after Trump’s re-write of the wetland regulations will be regulated by the state.

GlobeSt.com: Can we expect another layer of regulatory oversight in the state?

Birkey: Absolutely, and that’s really the point of the state’s new wetland regulations. To be fair, the state previously has had the ability to regulate wetlands deemed “waters of the state.” But the state’s new wetland regulations will create a permitting mechanism almost identical to the federal permitting regime, mirroring the relatively onerous and time-consuming protocols currently used by the Corps to process wetland fill permits. So, for example, we can expect to see the state requiring applicants to justify their project is the “least environmentally damaging practicable alternative,” or “LEDPA,” an almost magical, albeit clunky, formulation that’s needed before a wetland fill application can be approved. The process to reach this determination requires significant documentation and environmental analysis, including a boundary delineation of the wetlands, an assessment of off-site and on-site alternatives to the proposed project, a review of the project’s other environmental impacts, and a description of compensatory mitigation to offset the project’s impacts. This level of processing and documentation is a sea change from what we’re used to seeing in the state. And so, from that perspective, the new regulations are effectively another layer of regulatory oversight in the state.

GlobeSt.com: How will this regulatory change affect developers with ongoing projects, and what do developers need to know?

Birkey: The draft regulations include a placeholder for their effective date, and so we don’t know yet when they’ll apply. For developers with projects proposing wetland fills after the effective date—get ready! You’ll see a new and heightened level of state agency scrutiny bringing with it increased compliance costs and time delays. Those of us familiar with the Corps’ permitting process know how onerous it can be to obtain a Section 404 permit—think wetland delineations, application forms, environmental review compliance, alternatives analyses, mitigation proposals. Imagine a nearly identical process at the state level. Another troublesome aspect is that it’s not yet clear how the new regulations will apply to projects that are also subject to the federal wetland permitting process. For some projects, there could be an inefficient duplication of agency efforts where, to give an extreme example, an applicant may be required to produce two alternatives analyses—one for the federal permitting effort and another for the state. This example and others I could give suggest we’re likely to see analysis inconsistencies and agency confusion as the new regulations roll out. Not helpful for a state still struggling to meet housing and other construction demands.