On Friday, September 29th, Governor Brown signed a long-anticipated package of 15 housing-related bills, as summarized in our prior post, “California Legislature Passes Historic Housing Legislation in Effort to Tackle State’s Housing Crisis” (9/22/17). Collectively, these bills constitute the legislature’s farthest reaching action in years to address California’s ongoing housing crisis.  Though the bills are expected to make only a small dent in California’s annual shortage of new housing stock, they are, at the very least, a resounding acknowledgment that the state’s housing crisis requires action at the highest level. 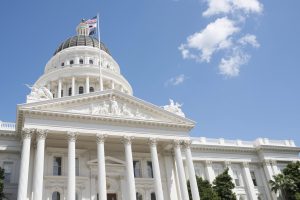 This post highlights the core bills: SB 35 (which provides a streamlined entitlement process for qualifying projects), and SB 2 and SB 3 (both of which are intended to provide much-needed funding for affordable housing).

END_OF_DOCUMENT_TOKEN_TO_BE_REPLACED

Environmental justice goals and policies are coming to the general plans of California cities and counties.  So what does that mean for new development projects?

The Meaning of Environmental Justice.  To better understand the environmental justice movement and the types of “EJ” provisions local agencies will be pressed to place in their general plans, it is helpful to look at the goals of the California Environmental Justice Alliance, which, along with the Sierra Club and other prominent environmental organizations, is one of the state’s strongest advocates for EJ legislation. The Alliance’s goals include assuring that all families live in healthy neighborhoods, that polluting industries are replaced by green industries, that planning priorities place people above profit, and that lower cost housing is not exposed disproportionately to sources of noise, air, and other pollution.

“Disadvantaged Communities.”  Under the new law, all general plans must identify “disadvantaged communities” within their boundaries. These may be areas already identified under existing law in Cal EPA’s list of disadvantaged communities. Areas on that list are specifically targeted for the investment of funds generated by the California Air Resources Board’s cap-and-trade program for reducing greenhouse gases.

Alternatively, a “disadvantaged community” may be identified as a “low-income area” that the local agency has determined to be “disproportionately affected by environmental pollution and other hazards that can lead to negative health effects, exposure, or environmental degradation.” A “low-income area,” in turn, is an area with household incomes at or below 80% of the statewide median income or with household incomes at or below the low income threshold designated by the Department of Housing and Community Development.

SB 1000 appears to provide local agencies with considerable discretion in interpreting the boundaries of “disadvantaged communities,” which is likely to lead to different approaches to defining those boundaries throughout the state.

General Plan Requirements.  So, what are the required policy considerations that these environmental justice general plan amendments must address? Pursuant to SB 1000, they must spell out objectives and policies that:

As with the definition of “disadvantaged communities,” the interpretation of these broad policy statements is likely to lead to the implementation of the new law in vastly different ways.

Prudent Practices. Keeping in mind that all new development must be consistent with the provisions of the local general plan, landowners and developers should keep close tabs on general plan amendments implementing the new law so that their concerns are considered before the new general plan provisions are firmly in place.

What the Future Holds.  In the end, environmental justice issues are likely to play an increasingly significant role in all new development in California. Each local agency will approach its own EJ considerations in the context of its own political environment, its existing state of development, and its anticipated future development patterns. You should expect that some EJ general plan amendments will contain mundane and less impactful requirements, while others will contain more aggressive provisions that easily could jeopardize the viability of a project.

Given the broad, generalized requirements of the new law, and the likelihood that its provisions will be interpreted and applied in varying ways by local jurisdictions throughout the state, rest assured that the courts will play a key role in shaping the scope of environmental justice requirements throughout California. This definitely falls within the category of “Stay Tuned.”

Just last week, despite the outstanding legal efforts of the California Building Industry Association (CBIA) to forestall it, SAB published a notice to initiate significant “Level 3” school fee increases throughout California. The passage of Proposition 51 (for which we can thank CBIA leadership, among others) will replenish the State’s coffers and should provide a defense against the imposition of Level 3 fees. Politics being what they are, however, it remains to be seen whether Proposition 51 will actually induce cash-strapped school districts to drop their guard.

Given the uncertainty surrounding school construction in California, builders are looking for creative alternatives. Just this year, Cox Castle lawyers negotiated two widely-touted developer-built-school deals with districts in the Bay Area (Fremont and Foster City-San Mateo). These highly-specialized transactions can provide great benefits to builders, including assurance of timely delivery of new schools to serve their neighborhoods and the potential for reduced costs in light of the significant upward pressure on statutory school fees. These deals also provide benefits to school districts in the form of state reimbursement of funds from Proposition 51.

These transactions are complex and take time to negotiate. If you or your building or development company are looking for ways to navigate this uncertain regulatory environment, it may be worth your while to consider building a school.

Cities are increasingly requiring development agreements to sidestep legal limits on exactions imposed during the entitlement process. Because the courts have determined that DAs are “contracts”, cities are using DAs to exact “public benefits” that the United States Constitution prevents them from requiring through the permit process. Taking this tact further, some municipal codes now mandate that developers enter into DAs as a condition to receiving their entitlements. Having forced the developer to enter into a DA, the agency then exacts “community benefits” that it can’t otherwise legally obtain.

This highly questionable approach relies on the fiction that the DA is an arms-length agreement voluntarily entered into by the developer. Forcing a developer to enter into a DA to obtain otherwise unlawful exactions, however, most likely makes the DA itself an unlawful exaction. It is not surprising, though, that many developers often agree to these exactions in order to garner the votes they need for their entitlements. Doing so is an unpleasant reality that is sometimes simply viewed as the “cost of doing business,” with acquiescence being preferable to losing a project.

Nonetheless, in our view, what’s “good for the goose is good for the gander.” If an agency wants to rely upon the “contract theory” of DAs to impose otherwise unlawful exactions, then the developer should insist on provisions to assure that the DA is treated as a contract in all respects. For example, usual rights and remedies (including, e.g., damages for breach of contract) should be incorporated into that DA.

With these considerations in mind, here are some important tips, in no particular order, to consider in the negotiation and drafting of your DA: END_OF_DOCUMENT_TOKEN_TO_BE_REPLACED